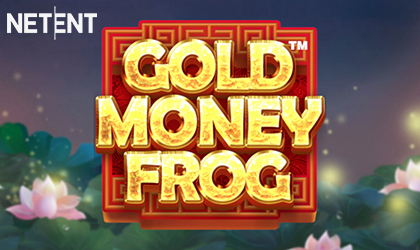 With a strong core game and interesting special features, this release promises to ensure NetEnt a successful start of a new year.

The latest addition to the brand’s massive portfolio comes in the form of a new Far East-inspired slot. The company has decided to treat their fans with a…

…relaxing but also rewarding experience that only a slot of this genre can offer. With its simple design, the title is all about the action on the reels. Its creative team went with a static background image that…

…depicts a traditional Chinese tower surrounded by lush greenery and bright blue skies. There are no animated elements to this scene, but such a light visual presence can be considered a pro rather than a con.

Symbol design follows the theme closely. The team went with the standard card royals for the lower-paying deck while the higher paying deck consists of various traditional Chinese objects and imagery.

Lastly, like every good slot from this genre, the title features a soothing soundtrack that rounds off what is essentially a solid slot.

Features to Match the Visuals:

The supplier has decided to set the stage with a proven, familiar core game that is rooted in a 5x3 grid and 25 fixed paylines. With everything running smoothly, the game gives off…

…a rather soothing vibe. As far as special features go, players can look forward to a bonus spin mode as well as wilds. However, the real prize comes in the form of a progressive jackpot feature that includes three jackpot tiers – minor, major and super.

Bryan Upton, NetEnt Director of Games, commented on the new release: “NetEnt’s Asia-facing content has gone from strength to strength over the last year and the addition of Gold Money Frog™ will further enhance our growing catalogue. True excitement-building triple jackpots will appeal with multiple audiences and makes for an engaging, casual experience for our partners’ player bases.”

NetEnt is a software provider with over 20 years of experience in the industry. The company was founded with the mission of bringing new and improved content to players worldwide. Specialized in high-end slot games, it…

…has built a massive portfolio of successful titles that have become popular in numerous highly competitive markets. As of right now, it employs over 1000 talented professionals around the globe and runs a system that handled 44.7 billion gaming transactions in 2018 alone. Such capabilities have allowed this provider to grow a…

…massive network of distributors which include some of the largest names in the business.