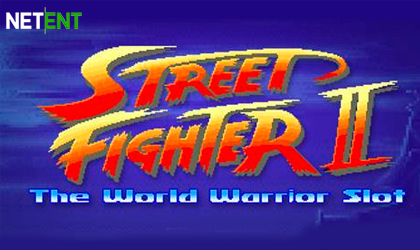 NetEnt has announced that they have signed a licensing deal with Street Fighter II to bring this legendary fighting game to the reels.

This provider has started working on the game and will be releasing it later this year. Fans of the original Street Fighter can look forward to a rather authentic experience!

Bringing Street Fighter to the Reels:

The supplier is the perfect software studio to take on a project of this magnitude. The series has marked entire generations of…

…young adults who have grown up playing this game. The studio recognized the significance of this undertaking and has wowed to depict the main character in the most authentic way possible.

Those who are familiar with the game will soon be able to see Ryu, E. Honda, Guile, Ken, Chun-Li, Dhalsim, Blanka and Zangief on the reels. Players who decide to try out this awesome slot will relive the boss fights that have…

…made the original game so awesome in the first place. Balrog, Vega, Sagat and M. Bison are all there, waiting to be challenged! It is exactly this ability to choose between various characters that have made Street Fight a truly unprecedented experience back in 1991.

Bryan Upton, Director of Games, offered a statement regarding this new licensing deal: “The release of Street Fighter II: The World Warrior took the arcade world by storm in the early nineties and today it is widely considered as the ultimate classic video game that continues to entertain fans almost 30 years later. At NetEnt, we strive to deliver content that – much like Street Fighter – raises the bar in what is possible in gaming and we are immensely proud to be working with such an iconic franchise especially something in tune with the retro trends right now. It is a dream come true to work on brands like these. Street Fighter II really allows us to bring something new and innovative to the market that no one else can.”

The release date for the title is set for May 21st.

NetEnt is a software provider specialized in creating and distributing highly immersive slot games and other gaming content. The company was founded some 20 years ago and has been at the very edge of iGaming development for the majority of its existence.

What started off as a small but talented team, has grown into a true powerhouse of creativity and design. The company currently employs hundreds of professionals located in several countries around the world. NetEnt’s slot games have brought them many top tier partnerships. The company managed to handle 44.7 billion gaming transactions in 2018, showing the entire industry that it is capable of sustaining massive traffic without issues.