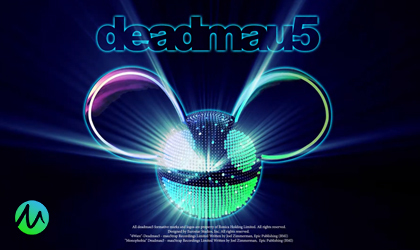 Microgaming has revealed the deadmau5 online slot, an exciting new game created in partnership with Eurostar Studios and the Canadian electronic music icon of the same name.

The game theme is inspired by superstar and electronic music producer Joel Zimmerman, best known to the public as "deadmau5."

More on the Game:

The game has a 5x3 grid with 243 active paylines, where players can also benefit from cascading wins, random wild reels, and an advanced multiplier bonus round for payouts up to 2,100x the stake.

Players have a betting range which starts from $20 up to $120 per spin and the scatter symbol pays pretty well.

The slot is pronounced "dead mouse" and the Mickey Mouse logo is the wild symbol here. Microgaming is a very popular brand that combines every key feature in order to create a fairly balanced game. Fans of the DJ and his music will love this title as well as other players who want to try their own luck.

Joel Zimmerman, known professionally as Deadmau5, said: “After performing in casinos, having a residency in Vegas, and playing so many casino games, I am thrilled to finally have a game of my own!”

Director of Games at Microgaming , Andrew Booth said: “Joel is one of the most exciting and successful electronic music artists of all time, and his deadmau5 brand is a hit with audiences worldwide, extending far beyond its genre. We’re thrilled to have teamed up with Eurostar and deadmau5 to create Microgaming’s latest branded game, which has performed brilliantly during an exclusive release period with select operators.”

Microgaming is a provider of online casino games with many years of experience in the iGaming industry. This company is approved by the United Kingdom Gambling Commission and the brand is located in the Isle of Man.

With a large team of experienced staff, the supplier has been releasing the best games every year since its founding in 1994. Its popular slots such as Jurassic World and Halloween have generated a massive inflow of gambling.

This game provider has state-of-the-art games and participates through the PlayItFoward program. These initiatives, in particular, are aimed at the development of education, charity and sports. The brand has acquired many awards over the years, and in 2015, the brand was listed in the Guinness Book of Records for the largest jackpot in the history of online slots.