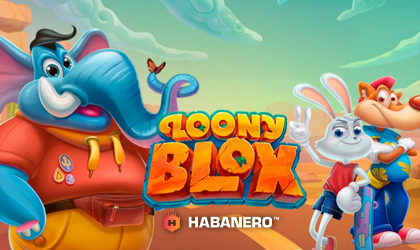 Centered around a group of likable characters, the new game offers potentially lucrative features that are also quite unique to this brand.

Traverse the Deserts for Potential Riches:

If you’re looking for a fun adventure with awesome new characters in the lead, this developer has you covered. Their new slot takes place in the middle of the desert.

…pretty colorful despite representing such empty scenery. As far as symbol design goes, the supplier went against the grain a little. Instead of using the all too familiar card royals for the lower-paying tier, they have decided to go with different fruits. This not only makes the whole theme that much more colorful, but it also makes the core game more interesting to play.

The higher paying tier is all about the main characters of the game. These include a rabbit, a coyote, and a boar.

Once you remove the cool graphics, you are essentially left with a 5x3 grid slot that runs on a 243-ways-to-win mechanic. However, the title contains a much more interesting feature that is unique to the supplier’s games.

First released with Santa’s Village, the brand’s map feature became an instant success. This title took that feature and turned up the intensity to 11. Each character in the game occupies their own section of the map and allows players to go after different bonuses and features.

Aside from this, there are also bonus spins that are triggered when players land on a feature dot during the map exploration.

Toni Karapetrov, Head of Corporate Communications commented: “Undoubtedly one of our most thrilling slots to date, Loony Blox is crammed with lovable characters, exciting gameplay, a funky soundtrack and up to 12 free games of potentially huge wins. We’re sure it’s going to be a hit with players and operators alike. Developed with our advanced gamification features, exhilarating gameplay and an inviting theme that will keep every player engaged, this title showcases our ability to create deeply immersive adventures while never departing from the core of what slot lovers seek.”

Habanero or Habanero Systems is a software provider specialized in delivering high-end slot games to clients all over the world. The company is dedicated to offering high-quality games with frequent release dates. So far, it has established cooperation with some of the leading casino operators in key regulated markets.