Explore the Unusual World of WildPops by AvatarUX 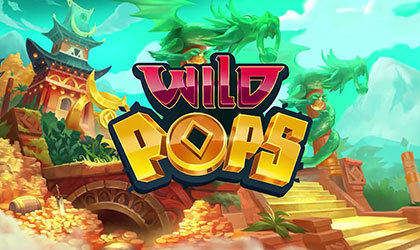 AvatarUX has dropped a brand-new title that is promising to bring innovation to the reels for all fans of Yggdrasil Gaming’s releases.

The company has decided to…

…go with a very dynamic and unusual theme, plenty of awesome features and gameplay that brings more than just entertainment!

The Odd World of WildPops:

AvatarUX is one of the brands that has joined Yggdrasil’s partnership program the past year. It didn’t take them long to prove their worth with unique slots and features that bring a whole different kind of entertainment.

The latest release further builds on that reputation. It features a very unique theme that involves a different take on Asian-inspired slots. Namely, the team behind this release went for an unorthodox depiction of what would otherwise be a traditional Chinese theme.

There’s an abundance of cool animations, subtle details, and overall…

…aesthetically impressive visuals that make this game eye candy at the very least. Symbols come in the form of stylized card royals in the lower-paying tier, while the higher paying tier brings a bunch of wacky animals, mainly fishes, and birds.

The 3x5 slot runs on a very curious base game mechanic. Namely, for every winning symbol that is removed from the reels, players are getting two additional symbols. In other words, the number of reels and rows changes depending on your winning streak, allowing you to go as far as 7 symbols high.

As far as special features go, there is the PopWins feature that started this entire subgenre of slots, as well as the Unlock Wilds, Extra Lives, and more. Players can look forward to potentially scoring a 17,000x win in this 96.2% RTP release.

Yggdrasil is continuing to build upon this new feature, expanding the portfolio of games that come with it. Fans of the initial releases will definitely appreciate what the title has to offer.

Yggdrasil Gaming is a leading software provider coming from the Nordic region. The company has been around for long enough to become a respected figure of authority when it comes to quality slot games, various gaming tools and the slot game experience as a whole. Aside from its own content, it also works with a wide range of 3rd party providers who make its Partnership Network.

These small studios produce high-quality content for the brand, which in turn distributes it all over the world. This symbiotic relationship has yielded some of the best games we’ve seen these past few years.

Experience the Thrill of the African Savannah in RagingPop

Enjoy the Lush Forest with MonkeyPop

AvatarUX Invites Punters to Spin the Reels with Lollipop