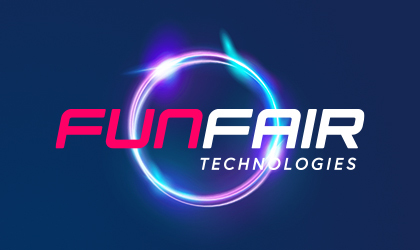 FunFair Technologies, a blockchain gaming platform licensed by the Isle of Man, has announced the release of a brand-new slot game.

This time around the company has chosen to go with a classic Fruit slot that was developed in cooperation with Big Wave Gaming.

When in Doubt Fruits:

Blockchain technologies are becoming more and more represented in the iGaming industry as people are opening up to the idea of cryptocurrencies.

FunFair, one of the largest blockchain gaming platforms, is…

…continuously finding itself at the very edge of this development. The company has announced the release of Five Fruits – a fun slot based around the industry’s favorite theme.

This new game was developed in cooperation with Big Wave Gaming from Australia, who have helped build this title.

The game features a light traditional Japanese theme that is still focused mainly on the idea of Fruits. With overall relaxing aesthetics, players can look forward to a rather balanced experience in terms of thrills and performance.

The new title is a 5x3 grid slot that runs on 10 paylines. The game features limited special features that come down to an exciting bonus spin mode and the overall jackpot potential of 400x the original bet. Overall, the game represents a rather unique offering on the crypto side of the industry.

Fred Kessler, CPO at FunFair Technologies Europe Ltd, commented on the new release: “Big Wave has again delivered a first-class game ideal for our growing base of players. It’s been nicely localized using Japanese style graphics which suits our markets well. Five Fruits also has the winning combination of simplicity and high wins, coupled with Funfair’s Guaranteed Fair technology promise, we’re thrilled to integrate it into our ever-growing games portfolio.”

The developer is a company founded in 2017 by a group of iGaming veterans. Instead of following what the rest of the market is doing, this group wanted to try something different. As a result, it has turned completely towards decentralized iGaming technologies based on blockchain.

So far, the team has been extremely successful at bringing this innovative technology to the industry. With a steadily growing list of affiliated distributors and licenses form 22 different jurisdictions, the brand is promising to become the leader in blockchain iGaming tech.